A DUI arrest does not have to result in a DUI conviction. Do not resolve a DUI charge before consulting with an experienced DUI attorney. Depending on the facts of your case, you may have defenses available to you that you are not even aware of.

Was the traffic stop lawful?

The police can not pull people over based solely on a mere hunch.  They have to have a reasonable suspicion that a crime or traffic infraction is being committed. Common reasons why drivers are stopped include: speeding, weaving, failure to maintain a single lane, obscured tag, broken tail light, cracked windshield, or other traffic infractions. The law specifically outlines what the police must first observe before they can pull you over. Often, people are pulled over before their actions actually amount to a traffic infraction. Depending on the individual facts of your case, the police may not have been allowed to stop you. If that is the case, the initial stop may be challenged which could result in a DISMISSAL of your case.

Was there probable cause to perform a DUI investigation? 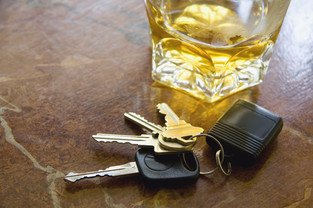 Can the prosecutor prove the case beyond a reasonable doubt?

An officer only has to have probable cause to arrest someone.  However, the prosecutor has to prove the case beyond a reasonable doubt in order to convict someone; a very high burden.  Prosecutors are often unable to convince a jury beyond a reasonable doubt that a person is guilty of a DUI.  An experienced lawyer will be able to review your case and the evidence against you to determine whether the prosecutor can prove the case at trial.

Does your attorney actually go to trial?

It is important to hire an attorney who actually tries cases and not an attorney who is afraid to go to trial. Some lawyers are trial dodgers and will try to push a plea deal down your throat after being paid. Depending on the evidence, a plea may be in your best interest.  However, you may have a strong case to take to trial.  Therefore, you want an attorney who actually tries cases advising you what is in your best interest.  I have tried over 50 jury trials.  As a former prosecutor, I will analyze your case with both a prosecutors perspective as well as a defense attorneys perspective in order to be fully prepared to address each piece of evidence to take the wind out of the prosecutor's sail.  Learn more about my experience here.

If you, or someone your know, has been arrested for a DUI, contact me for a FREE CONSULTATION.

While both a prosecutor and a criminal defense attorney, I have encountered many people who decide not to hire an ...
Learn More
Let Me Take the Stress Off Your Shoulders

Request a Free Case Evaluation Below